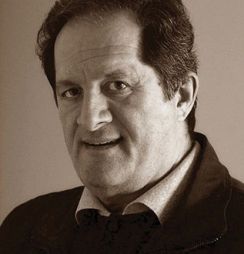 Branislav Backović, Backo, master of photography FSS from Loznica, suddenly passed away last night at the Coronary Care Unit Internal Medicine Ward.
Backo will be remembered as a man of great energy, a good friend and photographer with numerous awards and recognitions.
He was born in Loznica in 1951. He was a member of the Photo section of "Karadzic" since its founding in 1980, since when it deals with the exhibition and artistic photography with occasional breaks.
He has participated in more than 200 collective exhibitions and salons of art photography in the country and abroad (under the auspices of the Photo Association of Serbia and international photographic associations FIAP) and won 70 awards, diplomas, medals, various awards, certificates and praise. It is also in front of the FSS participated in international biennials photographic art photography in the composition of the national selection.
He had six solo exhibitions and more digital projection images. In the last seven years he has been active exhibitor and ranked in 2011 and 2012 among the ten most successful exhibitors in Serbia.
He was a photojournalist for the Belgrade "Vecernje Novosti" from 2001, which he published several thousand photographs in their publications.
His photographs have been published in many national and international newspapers, travel magazines, publications, sports newspapers, in domestic and foreign monographs and illustrations for books, catalogs, calendars, postcards, and photographs of large format trade show displays, billboards and others. He was the editor of photography in "Lozničko news" and the tourist magazine "AS".
He was a member of the Photo Association of Serbia with the artistic vocation MF (master of photography), as well as international photographic associations FIAP (Fédération Internationale de l&#039Art Photographique), where he held the title of artist pictures - Artiste FIAP (AFIAP).
This year's laureate of the plaque to celebrate the City Day, 16 June, in Loznica.

Please pray for our friend Branislav.